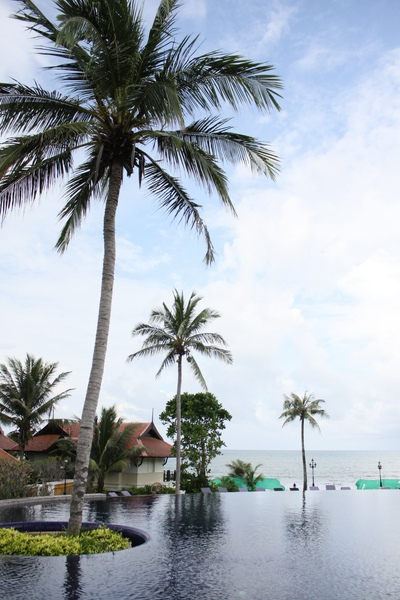 這是我在澳洲唸書有一次無意在網站發現，影響我的價值觀很深，在澳洲的每一天，我幾乎都是在一種滿足的快樂中度過，那種快樂是因為早晨空氣裡飄散的鬆餅氣味，陽光灑落身上溫暖舒服的溫度，路上行人親切友善的招呼，那是一種感染的力量，周遭一切的自在都讓我很快樂，回台灣後，我開始體會生活這件事情是什麼？我開始給自己設立一些目標，這些目標的原則是建立在快樂之下，如今我又有機會去完成目標，很幸運，也會很辛苦，但我很清楚這才是我要的..try to do something different, and try to find another opportunity.
The truth about happiness may surprise you

(CNN) -- The next time you are deciding between ice cream and cake, buying a car or taking a trip to Europe, accepting a new job or keeping your old one, you should remember two things: First, your decision is rooted in the desire to become happy -- or at least happier than you are now. Second, there's a good chance the decision you make will be wrong.
Harvard psychologist Daniel Gilbert summed up our failings this way: "People have a lot of bad theories about happiness."
It's not for lack of trying. The Declaration of Independence affirms that we have an inalienable right to pursue happiness, and it's something we do with a vengeance.
Americans will spend $750 million on self-help books this year and more than $1 billion on motivational speakers. More than 100 colleges now offer classes in positive psychology -- the science of happiness. With all those resources focused on achieving happiness, we should all be brimming with joy. (Watch paralyzed man describe how he stays so happy -- 2:12 )
So where do we go wrong? Gilbert, author of the recent book "Stumbling on Happiness," blames our culture, our genes and our imagination.
Our culture implores us to buy bigger, newer, better things, but research shows "stuff" does not buy happiness. By and large, money buys happiness only for those who lack the basic needs. Once you pass an income of $50,000, more money doesn't buy much more happiness, Gilbert said.
Our genes hardwire us to reproduce, but children have a small negative effect on happiness, research shows. If you're a parent reading this, you're most likely shaking your head. But Gilbert said the findings are clear when parents are asked about their level of happiness in the moment.
"When you follow people throughout their days, as they're going about their normal activities, people are about as happy interacting with their children, on average, as when they're doing housework. They're much less happy than when they're exercising, sleeping, grocery shopping, hanging out with friends," Gilbert said. "Now, that doesn't mean they don't occasionally create these transcendent moments of joy that we remember as filling our days with happiness."
Finally, our imaginations fail us, Gilbert said, because when we envision different futures we see either perpetual gloom or happily ever-after scenarios. In fact, neither unhappiness nor joy last as long as we expect. As you've probably guessed, winning the lottery will not guarantee a life of bliss.
By the same token, becoming disabled does not relegate one to a life of unhappiness. The disabled spend their days about as happy as the general population, according to Gilbert.
So what makes us happy? In general, the older you get the happier you get -- until you reach very old age.
According to a Pew Research Center survey, the happiest age group is men 65 and older; the least happy: men 18 to 29.
The survey also found:
Married people are happier than singles.
College grads are happier than those without a college degree.
People who were religious are happier than those who aren't.
Sunbelt residents are happier than other U.S. residents.
Republicans are happier than Democrats -- but both are happier than independents.
Nancy Segal, a professor at California State University, Fullerton, has spent her professional career studying twins and happiness. We all have an innate level of happiness, Segal said. The best we can do is boost our happiness a little bit above this natural "set point."
With that in mind, Segal said we should pass on buying lottery tickets and find small things we can do every day that bring us joy, whether it's going for a walk or cooking a meal or reading a book.
Robert Biswas-Diener is called the Indiana Jones of positive psychology because he has traveled the globe looking at happiness in different cultures.
"There is good evidence that people express at least some fundamental emotions like disgust, anger and happiness in a very similar way all around the world," Diener said.
Diener, who also is a life coach, says happiness from the most traditional cultures to the most modern depend heavily on close family and other human relationships.
If you want to do a better job predicting how happy something will make you, said Gilbert, the Harvard professor, you need to remember we are not so different when it comes to happiness.
"If I wanted to know what a certain future would feel like to me I would find someone who is already living that future," he said. "If I wonder what it's like to become a lawyer or marry a busy executive or eat at a particular restaurant my best bet is to find people who have actually done these things and see how happy they are.
"What we know from studies is not only will this increase the accuracy of your prediction, but nobody wants to do it," he said. "The reason is we believe we're unique. We don't believe other people's experiences can tell us all that much about our own. I think this is an illusion of uniqueness."
And if you're trying to decide between the new car and the trip to Europe, Gilbert said take the trip.
"Part of us believes the new car is better because it lasts longer. But, in fact, that's the worst thing about the new car," he said. "It will stay around to disappoint you, whereas a trip to Europe is over. It evaporates. It has the good sense to go away, and you are left with nothing but a wonderful memory."
繼上次去澳洲花了將近房子的頭期款後,這一次我們又即將花了快一台車的錢,
nothing left but a wonderful memory..這句話說得真好~~